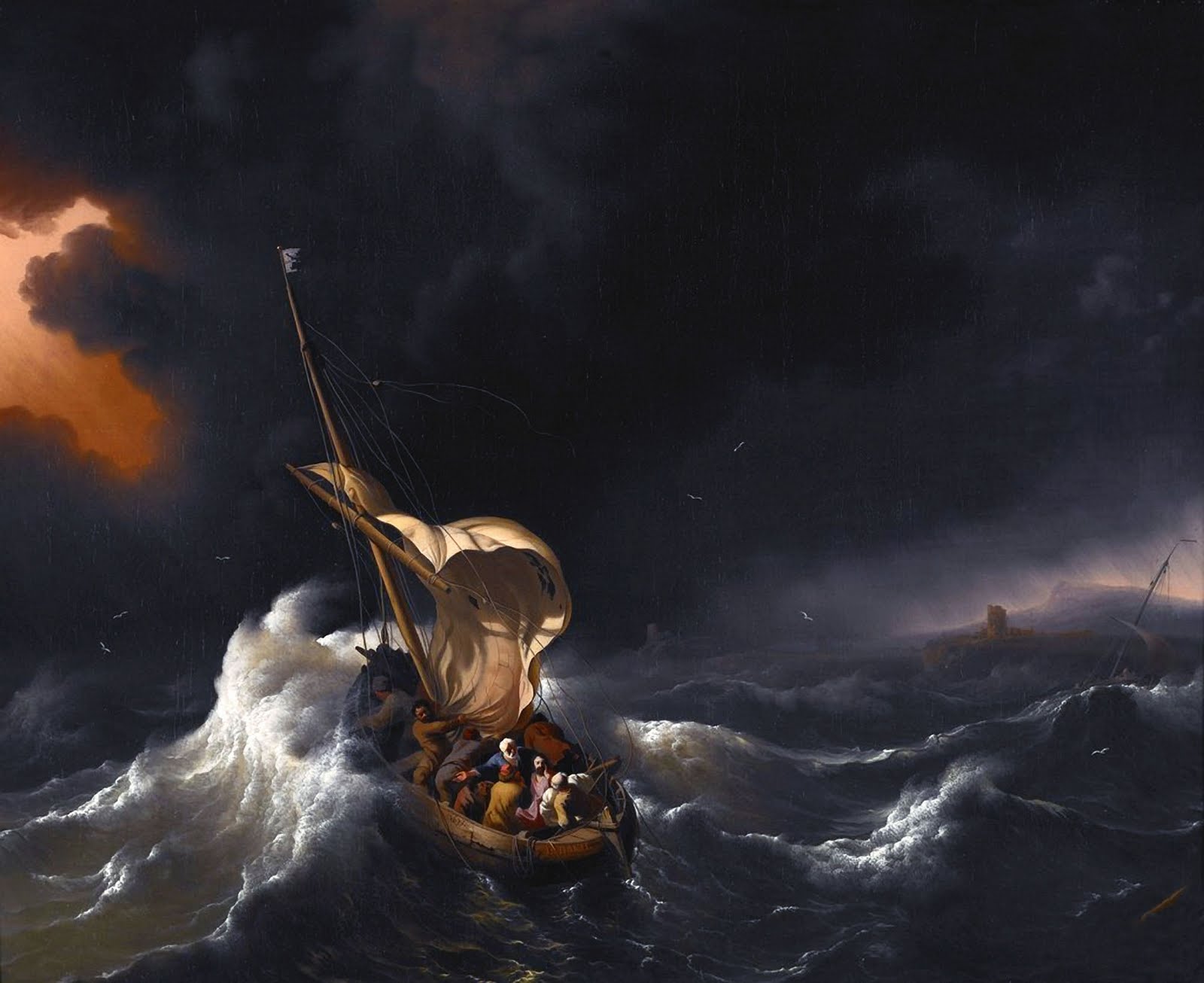 Another well-known event from Jesus’ life was when he walked on the water of the sea of Galilee. John’s account of the story follows:

Jesus Walks on the Water
When evening came, his disciples went down to the sea, got into a boat, and started across the sea to Capernaum. It was now dark, and Jesus had not yet come to them. The sea became rough because a strong wind was blowing. When they had rowed about three or four miles, they saw Jesus walking on the sea and coming near the boat, and they were terrified. But he said to them, “I Am; do not be afraid.” Then they wanted to take him into the boat, and immediately the boat reached the land toward which they were going. John 6:16-21

As the previous sign came to a close (the feeding of the 5000) we found the crowd coercively intending to set Jesus up as king. Jesus’ response to this is to slip away into the mountains. “…he withdrew again to the mountain by himself.” John 6:15 On the one hand, this seems a practical response to his rejection of the crowd’s idea that they would make him king. Also, it was Jesus’ consistent practice to slip away “alone” to spend time in prayer and meditation with his heavenly father. It is important to remember that in becoming a human being, Jesus emptied himself of his divinity. The apostle Paul makes this clear in the following passage:

Who, being in very nature God,
Did not consider equality with God something
to be used to his own advantage;
rather, he made himself nothing
By taking the very nature of a servant,
Being made in human likeness. Philippians 2:6-7

I mention this as a reminder that manner in which Jesus was empowered to act mightily was through the Holy Spirit, which he now offers and promises to those who would follow him. Jesus’ access to spiritual power is also the same as our access, through spiritual practices. This is where we experience God, where our characters are shaped and transformed, where we become awake and aware of the divine. This is where we become responsible for how we think, feel and behave. More in later posts on ancient practices we may employ to experience more of God in our day to day life.

Back to the sign. There may really be two signs here or at the least part A and B of the same sign. So, before he retreats to the mountain, Jesus sends his followers off across the sea. When they are about half way across, a storm kicks up, impeding their progress. We are not told they are afraid of the storm, they are struggling but fear does not rise up in the disciples until they catch a glimpse of Jesus in the night sky. He lets them know who he is, and they want him with them in the boat. Once he is in the boat, they immediately reach the other side of the lake. So, two things which strike me as miraculous. One, Jesus walking on the water. This sign is so well known that we usually only give a cursory thought to what it must have been like. Perhaps we imagine Jesus walking across the water as if he were making his way from one side of a courtyard to the other. However, we are told that they are in rough seas. I imagine they are catching only glimpses of Jesus as he approaches their location in the darkness. I’ve been in seas rough enough that when the boat slipped down to the bottom of a wave, you had a 360⁰ view of water. I remember feeling incredibly small as my visible worlds shifted to nothing but water. In rough seas you do not get clear and constant view of your surroundings. It is easy to see why the disciples were afraid. They are catching only glimpses of this shape traveling across the surface of the seas. Initially, they may not have even been able to determine that it was a person. Jesus alleviates their fears by declaring, “I Am, Don’t be afraid.” As soon as they realized it was him, they wanted him in the boat with them. I love that description of encountering Jesus. Initially, there is fear and trepidation as we become conscious of the fact that Jesus truly is God. We wonder what might happen if we give ourselves over to him. Like when Susan asks Mr. Beaver if Aslan is safe in The Lion the Witch and the Wardrobe,

“Safe?” said Mr. Beaver; “don’t you hear what Mrs. Beaver tells you? Who said anything about safe? ‘Course he isn’t safe. But he’s good. He’s the King, I tell you.”

What a great combination of goodness and power we find in Jesus. The second miraculous event from that night on the sea of Galilee is the boat’s immediate arrival at the opposite shore. If we can get over our fear of completely surrendering to Him, we experience his goodness and find that he gets us where we need to be. Once again, we are presented with evidence that Jesus is exactly who he claimed to be so that we might believe and have abundant life in his name.