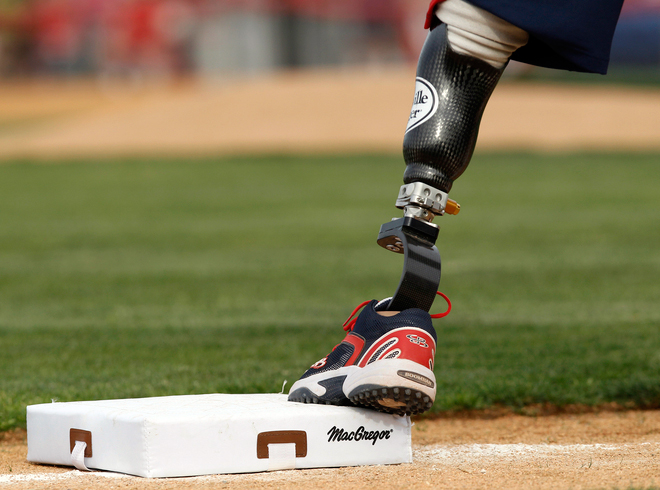 “Consider it pure joy, my brothers, whenever you face trials of many kinds, because you know that the testing of your faith develops perseverance. Perseverance must finish its work so that you may be mature and complete, not lacking in anything.” James 1:3-4

Most of us have no difficulty whatsoever to consider it pure joy when we face blessings and and abundance. I mean c’mon we’ve all experienced those moments when we ask ourselves, “can life get any better than this?” The birth of our children and witnessing their successes, recognition received or awards won, being with another who completely understands and accepts us. No, we do not require an admonition to “consider” it pure joy when we spontaneously feel joy. However, James’ counsel to consider it joy when we face trials is an acquired skill. Notice he does not say that we are to consider trials pure joy, but we are to have the foresight to look beyond the trial to the results of the trial and consider that pure joy. I do not know about you, but for me this is completely counter-intuitive. At first glance we may be inclined to think that James is out of his mind. Then again, when we consider:

Helen Keller: Overcame blindness and deafness to become a symbol of the indomitable human spirit, lived a full life of 87 years. After 18 months of normal infancy, “came the illness which closed my eyes and ears and plunged me into the unconsciousness of a newborn baby.” The illness, perhaps scarlet fever, vanished as quickly as it struck, but it erased not only her vision and hearing but also, as a result, her powers of articulate speech. Her life thereafter, as a girl and as a woman, became a triumph over crushing adversity and shattering affliction. Her remarkable mind unfolded, and she was in and of the world, a full and happy participant in life. But she was graduated from Radcliffe; she became an artful and subtle writer; she led a vigorous life; she developed into a crusading humanitarian who espoused Socialism; and she energized movements that revolutionized help for the blind and the deaf.

The Alamo: In March of 1836 Colonel William Barret Travis and his force of 182 refused to surrender to Mexican leader Santa Ana but elected to fight and die. This event is remembered as an example of courage and self-sacrifice in the heritage of Texans. It was the battle-cry of “Remember the Alamo” that later spurred on the forces of Sam Houston at San Jacinto. Out of the initial massacre, victory over Santa Ana and his forces was won.

Rosy the Riveter: After December 7, 1941 the U.S. found itself enmeshed in the fight against Adolph Hitler to liberate Europe. Sending our young men oversees to fight necessitated inserting women into the workforce. “Rosie the Riveter” inspired a social movement that increased the number of working American women from 12 million to 20 million by 1944, a 57% increase from 1940. It was thought that many of these women would leave the workforce when the war ended. What happened instead was the beginning of correcting an inequality between men and women in the U.S. workforce.

Rocky Blier: Bier was a standout running back at the University of Notre Dame who was drafted by the Pittsburgh Steelers. After his rookie season as a football player, Blier volunteered to fight in the Vietnam War. While serving in Southeast Asia, Blier was wounded in battle earning a purple heart. He was told he could never play football again. It took Blier nearly six years to work his way back into the starting line-up for the Steelers, but he made it back and helped Pittsburgh win 4 Super Bowls.

There are endless examples like the four listed above, many of which come from the trials we face in our life which will never become public knowledge. The challenge is to look at the trial in front of us with Biblical perception. Even when we cannot clearly identify the “good” that could come from the trial, we can have the hope born of faith that whatever we are facing is for good. Instead of asking why we need to train ourselves to ask what. Not, why is this happening to me, but what is God up to? What can I learn? How can this present trial make me a better person or help others?