I Am the Gate

Home I Am the Gate 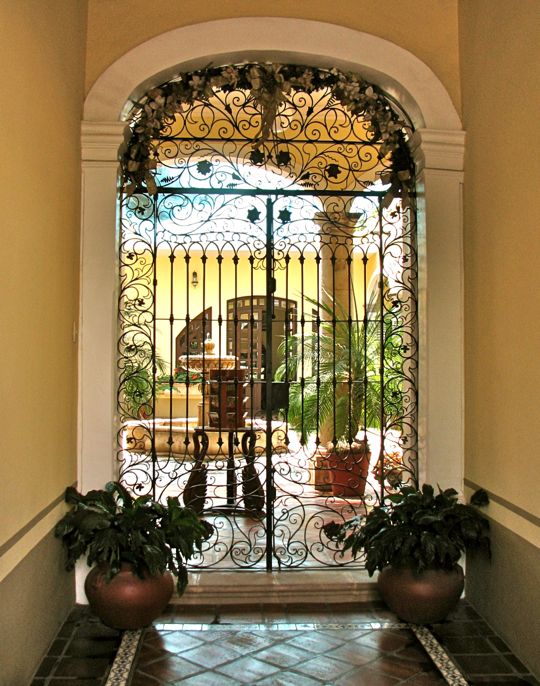 I Am the Gate

“Very truly, I tell you, anyone who does not enter the sheepfold by the gate, but climbs in by another way is a thief and a bandit. The one who enters by the gate is the shepherd of the sheep. The gatekeeper opens the gate for him, and the sheep hear his voice. He calls his own sheep by name and leads them out. When he has brought out all his own, he goes ahead of them, and the sheep follow him because they know his voice. They will not follow a stranger, but they will run from him because they do not know the voice of strangers.” Jesus used this figure of speech with them, but they did not understand what he was saying to them.

So again, Jesus said to them, “Very truly, I tell you, I am the gate for the sheep. All who came before me are thieves and bandits; but the sheep did not listen to them. I am the gate. Whoever enters by me will be saved, and will come in and go out and find pasture. The thief comes only to steal and kill and destroy. I came that they may have life, and have it abundantly. (John 10:1-10)

The purpose of a gate is to provide access to something from which we are otherwise shut out. We are either living connected to God, or separated from God. Oddly enough, there is a ripple effect for either one of these conditions. When we are living connected to God, we also find that we feel connected to ourselves and connected to other people. The opposite is also true. When we find ourselves disengaged from God we feel sense of conscious separation from others and even from ourselves. Jesus declares himself to be our access to God. He uses the metaphor of a gate into the sheep pen to speak of our access to God and abundant life.

Jesus starts off by stating the obvious to his listeners. Those with the proper authority walk right through the front door, while those who are not authorized sneak over the wall hoping to slip by undetected. His listeners, incapable of drawing the inference, needed Jesus to be more explicit. So in verse 7 Jesus tells them, and us, that he is the gate and the way into the sheep pen. Daily, we are surrounded by numerous voices all clamoring for our attention. All promising us the good life. All but one, leading us down dead-ends. When we take time to read what Jesus says about himself, there really is little ambiguity. We may not like or believe what he is saying, but he is clear about who he says he is. He is not saying that there are many gates into the sheep pen. He is stating clearly, that he is the true way in, and ALL other so called entrances are not. Again, some may not like the sound of these words, but I do not know how else to interpret what Jesus is saying in this passage. The result of going through Jesus, the gate, is being granted the abundant life by the power of the Spirit. (John 10:10)

So, who are the thieves and the robbers? Those who could not accept the fact that Jesus was the promised savior. The Jewish nation had been waiting hundred of years for the arrival of the one who would restore their nation to its former glory and oust the Romans. When Jesus failed to meet their expectations, they conspired to crucify him. Little did they know that they were playing right into the plan God had set in motion before the foundation of the earth. Today, unless you happen to be a Messianic Jew, most of us are not awaiting Israel’s restoration. However, it is still true that many refuse to accept Jesus based on their expectations. We are not given the option of accepting Jesus as a great teacher to be respected along with other great teachers. He tells us that he is the only gate, the only access to God. Any message which promises abundant life that is not centered exclusively on Jesus is not the gate, but an attempt to climb into the sheep pen “some other way.”

Jesus is calling us to voluntarily submit our life to Him, to enlist as an apprentice in learning how to live the abundant life in His Kingdom. Invite Him into your life, listen to His voice as He calls you by name and leads you out to find pasture.