I am the Way the Truth and the Life

Home I am the Way the Truth and the Life 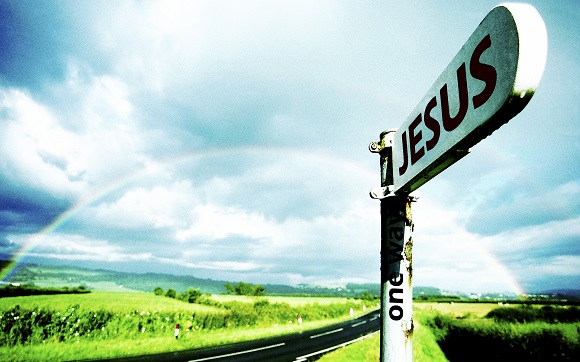 I Am the Way the Truth and the Life

Jesus has just finished dinner with his 12 closest friends, his most loyal followers. For the past three years, they have walked with Jesus. In order to walk with him they walked away from everything else. They have left family and jobs, friends and hometowns. Their initial choice to follow Jesus required faith. All they had witnessed and experienced while with him confirmed the validity of their decision. Jesus now speaks words which do not make any sense to them. He has just revealed that one of them would betray him and another would deny him three times. Those two statements pale in comparison to the other bombshell he drops on them when he tells them he is going away and they cannot go with him. As if reading the anxiety on their faces, Jesus speaks the following words to them:

“Do not let your hearts be troubled. You believe in God; believe also in me. My Father’s house has many rooms; if that were not so, would I have told you that I am going there to prepare a place for you? And if I go and prepare a place for you, I will come back and take you to be with me that you also may be where I am. You know the way to the place where I am going.” Thomas said to him, “Lord, we don’t know where you are going, so how can we know the way?” Jesus answered, “I am the way and the truth and the life. No one comes to the Father except through me. If you really know me, you will know my Father as well. From now on, you do know him and have seen him.” (John 14:1-7)

It is not just that they enjoyed having him around, they had come to depend upon his presence in their life. The ending of the story the disciples had in mind was different than the plot Jesus reveals to them. The story being told in the minds of the disciples culminates with Jesus being enthroned, not nailed to a cross. Not in their wildest imagination could they have envisioned the story ending with Jesus being accused, tried and executed as a criminal. Not surprisingly, they abandon ship when Jesus is put to death. All of them are scattered to the wind and lamenting about what would have been, what could have been.

I do not know about you, but there are some aspects of my life that I could not have predicted and the farther back I look the more incredible it seems that I am now living where I live and getting to do what I do. Please don’t misunderstand, there is little I would go back and change, but there is also little I could have accurately predicted. At certain points over the past 20+ years of following Jesus, there have been times when I have thought, “Wait a minute, is it really supposed to be like this?” But, like my professor Richard Rogers used to say, “God’s providence and provision are like the Chinese language, you have to read it backwards for it to make any sense.” While we are in the midst of a trial it is difficult, maybe even impossible, to identify all that God is up to. If this were not so, no faith would be required at all. Faith is, as the writer of Hebrews says, “…the assurance of things hoped for, the conviction of things not seen.” (Hebrews 11:1)

We now know what Jesus’ disciples did not know at the time of the crucifixion. We know that he rose three days after being put to death and then appeared to them. We know that forty days later he sent the Holy Spirit and all people now have access to God. On the night of his arrest, knowing that their faith would be challenged, Jesus assures them that he is going to prepare a place for them and to come back for them. Jesus is still the Way the Truth and the Life. He is the answer to whatever problem we are facing. Like the original disciples, our faith may be challenged, but if we are able to hang on; we may find that what God worked out is greater than anything we could have imagined.