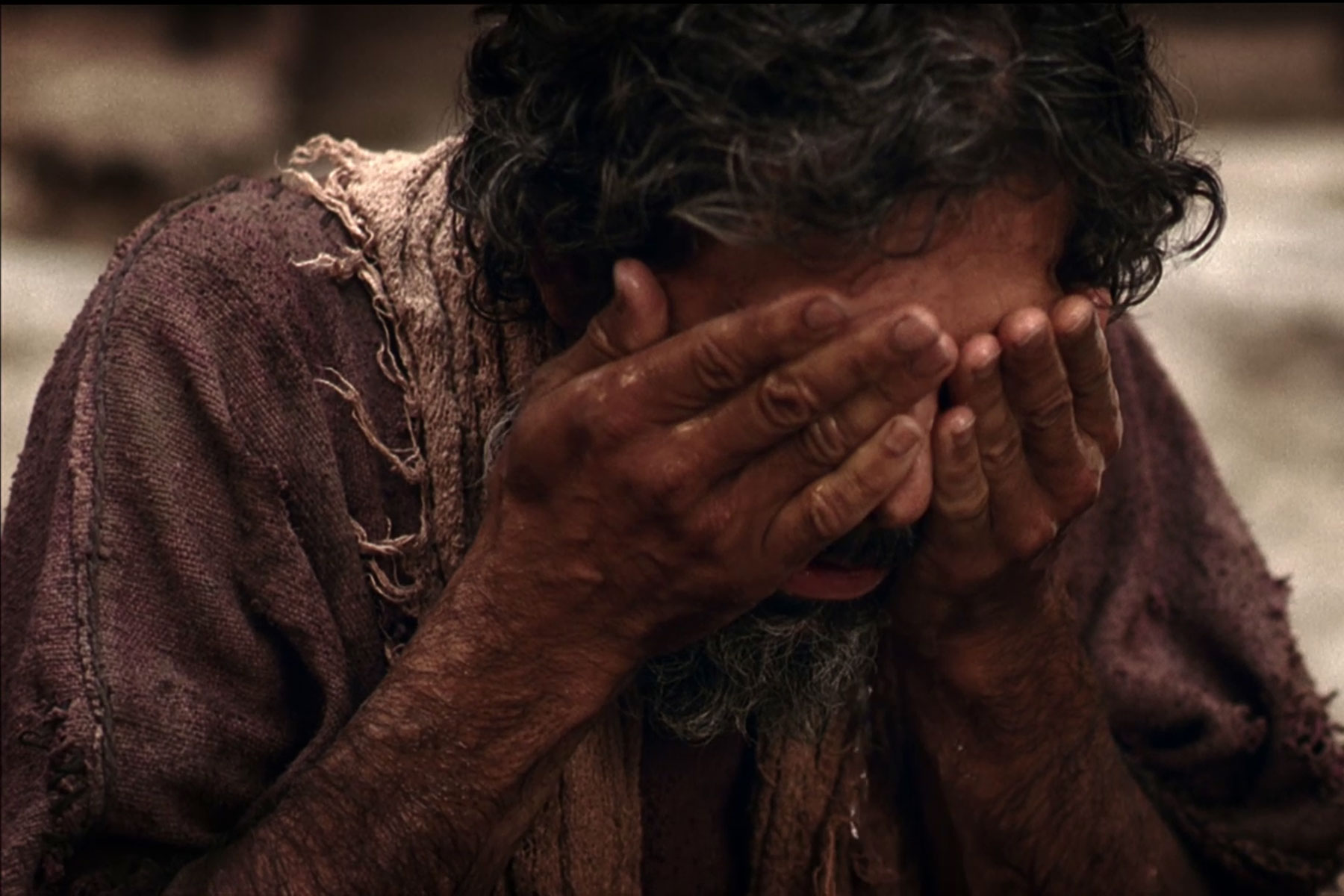 This is one of my favorite stories in the New Testament. It is also another one of the signs John included in his book to motivate trusting in Jesus. The story itself spans all of the chapter, forty-one verses, but we will simply share the verses which tell the story of the healing – the sign.

As he went along, he saw a man blind from birth. His disciples asked him, “Rabbi, who sinned, this man or his parents, that he was born blind?” “Neither this man nor his parents sinned,” said Jesus, “but this happened so that the works of God might be displayed in him. As long as it is day, we must do the works of him who sent me. Night is coming, when no one can work. While I am in the world, I am the light of the world.” After saying this, he spit on the ground, made some mud with the saliva, and put it on the man’s eyes. “Go,” he told him, “wash in the Pool of Siloam” (this word means “Sent”). So the man went and washed, and came home seeing. His neighbors and those who had formerly seen him begging asked, “Isn’t this the same man who used to sit and beg?” Some claimed that he was. Others said, “No, he only looks like him.” But he himself insisted, “I am the man.” “How then were your eyes opened?” they asked. He replied, “The man they call Jesus made some mud and put it on my eyes. He told me to go to Siloam and wash. So I went and washed, and then I could see.” (John 9:1-11)

One of the first questions we would like answered when bad things happen is ‘why?’. Why did the job get lost, why did the marriage end, why is the child sick? Jesus’ followers are asking the same thing, they want to know why the man was born blind. They assume that the man’s blindness was the result of sin and simply seek clarification as to the identification of the guilty party. Amazingly Jesus shoots down their idea to say that the man was born blind so that God’s power might be shown in his life. Instead of looking to cast blame, Jesus sees this as an excellent opportunity to glorify God. Jesus mixes up mud, spreads it on the man’s eyes and has him go wash. After a life of blindness, the man is able to see.

If the story ended there, it would still be an incredible display of God’s power. However, not unlike a Paul Harvey segment, here is the rest of the story. Because the healing took place on the designated day of rest; the religious leaders (the Pharisees) were bent out of shape that Jesus was “working” on the Sabbath. They interrogate the formerly blind man and conclude he must be lying about his blindness. The Pharisees then round up witnesses, even the man’s parents, to check the validity of his claim to have been blind. The parents tell them that the man is in fact their son and he had been blind, but they do not know how he regained his sight. Bolstered by the truth of his own experience, the blind man stands up to the Pharisees when they bring him back for more questioning. The formerly blind man tells them he thinks Jesus must come from God or he would not have been able to give him his sight. The Pharisees call the man and Jesus sinners and kick the man out of the synagogue. Upon being kicked out, Jesus tracks the formerly blind man down and reveals to him that he has been sent by God. The man responds by putting his trust in Jesus and worshiping him.

The other blind people in the story are the Pharisees. The difference between the man and the Pharisees is that he knew and accepted his blindness while the Pharisees denied their own blindness. While they had their physical eyesight, these religious people were blinded to the truth of Jesus’ identity from their own biases. They could not see the truth because they had already made up their mind as to what God’s sent messiah would be like and Jesus did not fit their preconceived ideas. The most difficult thing about the Pharisees circumstance was the ignorance of their own condition. I am sure you have all heard the saying, ‘denial is not a river in Egypt.’ Denial is treacherous by virtue of our inability to recognize our own condition. All of us are susceptible to occasional blindness. Hopefully we can turn to the one who is able to restore our sight, Jesus, and by so doing may God’s work be on display in our lives.